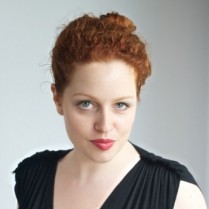 In the 2014/15 season Talia Or will sing in a new production of Wolfgang Riehm´s Jakob Lenz at the Oper Stuttgart and La Monnaie. Talia Or made just recently her debut as Rosalinde in DieFledermaus under the direction of Leo Hussein at the Salzburg State Theater. In summer of 2013 she performed Frau Fluth in the new production of DieLustigen Weiber von Windsorat the Opera Festival Klosterneuburg. Furthermore she sang 1. Dame in Die Zauberflöte at Teatro Regio di Torino. In May/June 2014 she sang Pamina in Die Zauberflöte at Teatro Lirico di Cagliari.

After a successful debut at Teatro all Scala in Frau ohne Schatten conducted by Marc Albrecht and her acclaimed Marzelline at Teatro Regio Torino under Gianandrea Noseda in the last season, Talia Or also gave an important debut in Italy and sang Woglinde in Wagner’s Rheingold in concert performances at the Accademia Nazionale di Santa Cecilia under Kirill Petrenko in the 2012/13 season. Under the direction of Tomas Netopil she made her debut at Beethoven Orchestra Bonn in the soprano part of Requiem by Anton Dvorak. As part of concerts of the Simon Mayr society she sang in Simon Mayr’s Il sogno di Partenope and was heard in two one act plays by Jacques Offenbach in Munich. In the Bach Week 2012 she ang Franz Schubert’s Mass A flat major and Bruckner’s Te Deum in the St. Michaelis Church in Hamburg in October 2012.

Other obligations of the previous season included the Hélène d’Egmont in Donizetti’s Le Duc D’Alba at Vlaamse Opera in Antwerp, Adina in Elisir d’amore at Opéra de Limoges and Liszt’s Christ at Israel Festival in Jerusalem.

In past seasons Talia Or made her debuts at the New National Theatre Tokyo and at the Hamburg State Opera as Despina in Cosi fan tutte. She also sang the first Flower maiden in a new production of Parsifal at Teatro Regio Torino under the baton of Bertrand de Billy. At Bregenz Festival, she performed in three roles – as Sacerdottessa in Aida and in the acclaimed productions of the operas by Weinberger, The Passenger (Ivette) and The Portrait (Liza).

Amongst the recent highlights of her career there rank her acclaimed role debut as Elizabeth Zimmer in Henze’s Elegy for young lovers at Teatro Arriaga in Bilbao (Director: Pierre Luigi Pizzi), her debut as Adina at Staatstheater am Gärtnerplatz Munich as well as the First Flower Maiden under the baton of Lorin Maazel in a new production of Wagner’s Parsifal the Palau de les Arts Valencia. In June 2008 she gave her debut with Zubin Mehta at the opening concert of the World-Exhibition in Saragossa and was in the following engaged by him for a big tour in Israel.

As a regular at the Bavarian State Opera Munich Talia Or could be heard in Humperdinck’s Königskindern (Child) under Fabio Luisi, as understudy for the title-role in Unsuk Chin’s Alice in Wonderland, as Voce del Cielo in Don Carlo under Paolo Carignani, as Amour in Orphée et Eurydice under Ivor Bolton and as Young Girl in Moses and Aaron under Lothar Zagrosek.

In concert she appeared under the baton of Ingo Metzmacher in Bernstein’s Mass at Musikhalle Hamburg. Under the baton of Peter Schreier she made her debut at Teatro dell Maggio Musicale Fiorentino in Bach’s Christmas Oratorio.

Born in Jerusalem, Talia Or first began studying violin before deciding to study singing at the Hamburger Hochschule für Musik and Drama. There, she won the Mozart-Competition as well as the Competition for sacred song and oratorio in 2002. She was member of the young ensemble of the Bavarian State Opera Munich and of the Staatstheater am Gärtnerplatz.