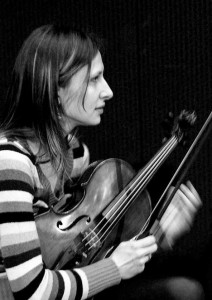 Manuela Mocanu was born in 1985 in Rumania and began taking music lessons when she was seven years old. She received her first viola lesson at the age of ten at the Octac Bancila National College of Art. Since then, she has been working with numerous chamber music ensembles in Rumania as well as internationally.

Since 2007, Manuela has been playing in the International Mahler Orchestra and is also a member of several other orchestras, such as the National Youth Orchestra of the Netherlands or the String Academy of Cheltenham Festival. She also co-supervised the education project “Take a Bow!”and is currently working with the London Symphony Orchestra String Scheme.

Manuela took part in a great number of master classes with renowned musicians and ensembles.