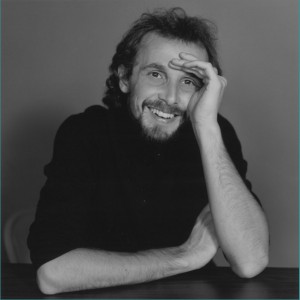 Called “the exemplary violinist of the twenty-first century” by Yehudi Menuhin, the French violinist became known around the world not only for his virtuoso interpretation of the standards of the classical repertory, but also for his sensual, completely relaxed, yet in the same time highly intense music making which communicates the pure joy of music to everybody listening to him.

Born in Algeria, Gilles Apap was raised in Nice where he studied the violin with André Robert, then later at the Conservatoire de Musique de Nice with Gustave Gaglio and at the Conservatoire National Superieur de Lyon with Veda Reynolds. He came to America to attend the Curtis Institute, and chose to settle in California where he held for some years the position of the concertmaster of the Santa Barbara Symphony Orchestra.

Apap gained the affection of Yehudi Menuhin when he won in 1985 the Contemporary Music prize at the prestigious International Menuhin Competition. This led to a friendly contact until Lord Menuhin passed away. Still shortly before Menuhin died, they worked together on a film upon Mozart’s 3rd violin concerty inspired by Apap’s meanwhile legendary cadenza of the 3rd movement.  The film had then posthumously been completed “in memoriam Yehudi Menuhin” by ARTE and is still regularly broadcasted by European TV stations.

Nowadays, his engagements include concerts on well known concert stages from New York’s Carnegie Hall to French Salle Pleyel/Paris or the Berlin Philharmonic Hall. He appears in western and eastern Europe, Scandinavia and the Balkans, on both coasts of the United States; Canada, South America, New Zealand, Brazil, India, China, Japan, Russia, Turkey, Israel and Australia.

With his trio “Colors of Invention” Apap is performing spectacular chamber music concerts throughout western and eastern Europe, the U.S., South America, Japan and Russia.

Aside his work as a soloist and chamber musician, Apap is increasingly sought-after as musical leader of International Chamber orchestras, due to his specified conception of how to approach, to convey and to share music.

Apart from performing, Apap has taught at the Menuhin Academy Gstaad, the Yehudi Menuhin Forum Bern (Switzerland) and at the Menuhin School, London and holds numerous masterclasses and workshops every year at festivals and academies worldwide.

He started recording with 3 CDs for Sony Classical, but in 1999 he built his own record label Apapaziz Productions. Since then, he has released 6 classical albums with solo (“Hope you like violin?), symphonic (Mozart’s 3rd concerto w. the Sinfonia Varsovia) and chamber music (3 records with “Colors of Incention” and one with sonatas for violin and piano) “Sans orchestre”, his third album with ‘Colors of Invention” was presented on the occasion of an amazing concert at the prestigious Kammermusiksaal of the Berliner Philharmonie.

Apap’s discography is complemented by his album “friends” recorded with some of the stars of the international scene of ‘fiddl music’ and the CD “Gypsy Tunes – Californian style that is…” presenting Rumanian Dances by Bartok as well as Gypsy traditionals and standards by Django Reinhardt, Fats Weller, Bille Evans or Richard Rodgers.

At present time, he’s working upon a new symphonic recording and a fourth album with “Colors of Invention”. Likewiese, another duo recording is going to be prepared.

Bruno Monsaingeon, noted for his films about Glenn Gould and Sviatoslav Richter, has made two documentaries featuring Apap: “The Unknown Fiddler of Santa Barbara” and “Gilles Apap Plays the Mozart Third Violin Concerto” recorded with the Sinfonia Varsovia and produced by ARTE.  Another film, “Apap Masala” has been produced in spring 2004 in the US and in India, featuring some of the best classical violin players and teachers from India performing together with Apap classical music from both cultures, Europe and India. All three films have been and continue to be repeatedly broadcasted by European and international TV channels.