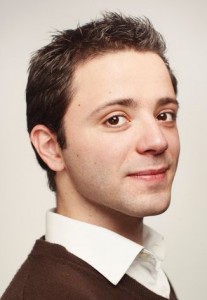 Emiliano Zenodocchio (Flutist and piccolo player) was born in L’Aquila on May 21, 1985, he began to study the flute very young in L’Aquila s’ conservatory “A.Casella” where in 2005 he achieved the diplome with full marks and mention. He has partaken of the masterclasses with Jacques Zoon , William Bennet in 2009 at the Trinity College in London, Emily Beynon, Andreas Blau, Andrea Oliva, Raymond Guiot, Denis Bouriakov. He achieved bachelor and master degrees’ at the Royal Conservatory of Den Haag under the guidance of Prof. Rien de Reede and Prof. Thies Roorda. Recently he moved to Cologne to join the class of Prof. Robert Winn at the Hochschule für Musik und Tanz in Köln.
He was accepted in the Dutch National Youth Orchestra in the wintertour of 2009 as principal flute. Recently he’s been accepted in the EUYO 2010/2011, (European Youth Orchestra) as principal flute, where he performed under the conducting of Andrea Noseda, Matthias Bamert and Vladimir Ashkenazy, performing in the major european concert halls and festivals like Proms 2010 at the Royal Albert Hall in London.
In Holland he collaborated with the Rotterdam Philarmonic Orchestra and at the same time with the Het Brabants Orchest, in Eindhoven. In 2012 he was finalist at the audition for the Netherlands Radio Philharmonic Orchestra in Hilversum.
In Germany he was selected as principal flute to join the International Mahler Orchestra during the presentation tournee of the Mahler Symphony n. 10 arranged by Yoel Gamzou. He is member of the Verbier Festival Orchestra since 2012 where he played as principal flute with Charles Dutoit, Neeme Järvi and Paavo Järvi, Giannandrea Noseda, Valery Gergiev, Kent Nagano, Daniel Harding etc. He also played several times in the ASKO ensemble which is located in the Muziekgebouw as a member of the Ligeti Academy, and in Norway as principal flute with the Bergen Symphony Orchestra with Paul McCreesh. In Germany he oftenly collaborates as principal flute with German State Orchestra in Kassel.
As many have been the concerts he has held in chamber ensemble and as solist, working with musicians like Tonino Riolo, Marco Grisanti, Vladimir Mendelssohn in music festivals like “le pietre che cantano 2004”, “Flautissimo 2002 e 2005” and in the Holland Music session during the season 2009/2010, IMO in Berlin since 2011, and PODIUM Esslingen Musikfestival since 2012.