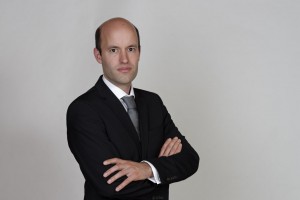 Andreas Sczygiol, born in 1979, already started to teach himself conducting and music theory as autodidact at the age of 12. He received his pianistic training for the most part from Marina Horak in Munich. He started attending master classes for professional conductors from the age of 16. Later on, he also took part in courses from famous artists such as Michael Gielen or Sylvain Cambreling. He became a member of the Bach-Ensemble of the Europe-Choir-Academy as an adolescent and participated in numerous concert tours, as well as radio and CD productions. When he was 18 years old, he was able to take over the musical direction of a choir for the first time. He then continued his training with Prof. Julius Kalmar as a Junior student in Milan and Hamburg. He acquired important experiences as opera conductor and in the symphonic area as an assistant to his teacher, but to other conductors, and conducted various orchestras such as the Symphony Orchestras of Hamburg and Munich. Sczygiol received further attention by conducting the “Young Philharmonics Isartal”, which was founded by Franz Deutsch. He was forced to take a break for several years due to an injury on his right arm, during which he composed a lot and continued his work as choir director. In 2013, he was able to take up his artistic work again by becoming a master scholar of Kurt Masur and GMD Georg Christoph Sandmann, as well as through his work with various professional orchestras and choirs.